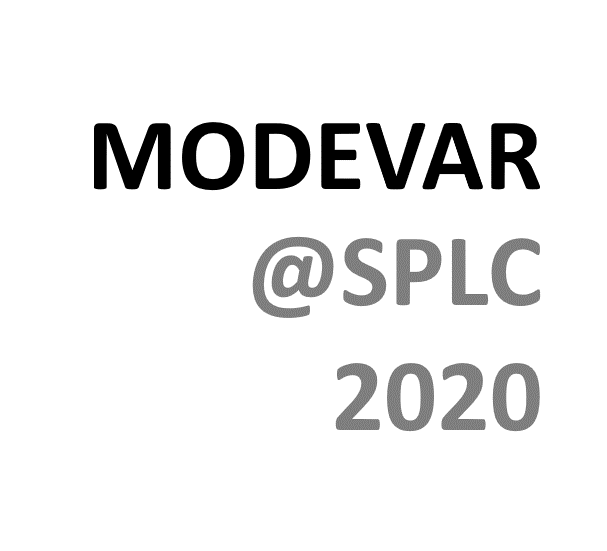 What variability language do you wanna use?…

While feature diagrams have become the de facto standard to graphically describe variability models in Software Product Line Engineering (SPLE), none of the many textual notations have gained widespread adoption. However, a common textual language would be beneficial for better collaboration and exchange between tools. The main goal of this line of work is to propose a language for this purpose, along with fundamental tool support. The language should meet the needs and preferences of the community, so it can attain acceptance and adoption, without becoming yet another variability language. Its guiding principles are simplicity, familiarity, and flexibility. These enable the language to be easy to learn and to integrate into different tools, while still being expressive enough to represent existing and future models. We incorporate general design principles for Domain-Specic Languages (DSLs), discuss usage scenarios collected by the community, analyze existing languages, and gather feedback directly through questionnaires submitted to the community. In the initial questionnaire, the community was in disagreement on whether to use nesting or references to represent the hierarchy. Thus, we presented two proposals to be compared side by side. Of those, the community clearly prefers the one using nesting, as determined by a second questionnaire. We call that proposal the Universal Variability Language (UVL). The community awards good ratings to this language, deems it suitable for teaching and learning, and estimates that it can represent most of the existing models. Evaluations reconsidering the requirements show that it enables the relevant scenarios and can support the editing of large-scale real-world feature models, such as the Linux kernel. We provide a small default library that can be used in Java, containing a parser and a printer for the language. We integrated it into the variability tool FeatureIDE, demonstrating its utility in quickly adding support for the proposed language. Overall, we can conclude that UVL is well-suited for a base language level of a universal textual variability language. Along with the acquired insights into the requirements for such a language, it can pose as the basis for the SPLE community to commit to a common language. As exchange and collaboration would be simplified, higher-quality research could be conducted and better tools developed, serving the whole community.

“A Python framework for the automated analysis of feature models.” José A. Galindo and David Benavides (45 minutes, including Q/A)

Feature modeling is the ``de facto’’ standard to describe the common and variant parts of software product lines. Different tools, approaches, and operations for the automated analysis of feature models (AAFM) have been proposed in the last 20 years. The increasing popularity of languages such as Python made the usage of AAFM techniques require lots of integration efforts with exiting Java-based tools. In this paper, we present a design for a Python-based framework to analyze feature models. This framework implements the most common operations while enabling support for multiple solvers and backends.

Dhall is a configuration language that began life as an academic exercise in building a non-Turing-complete programming language and then evolved into an industrial language with IDE support, a package ecosystem, a language standard, and even some amateur marketing. This talk will highlight some features of Dhall that might inspire feature modeling languages such as declarative syntax, strong normalization, and dependent types. Additionally, the talk will cover lessons learned about building tooling and mindshare to promote adoption of a fledgling language.